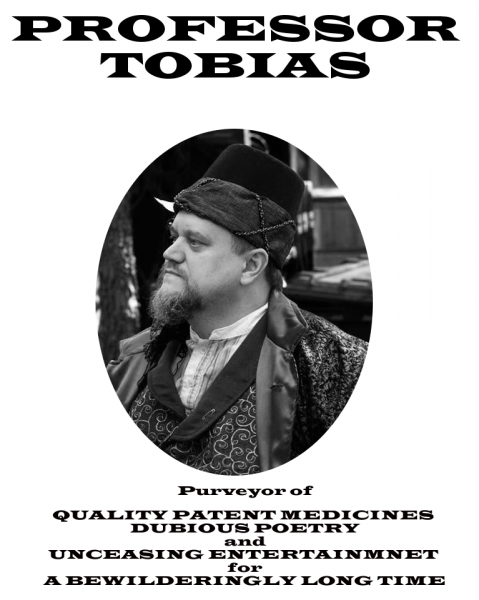 A tasteful afternoon's entertainment as a man who went to (REDACTED) University for (REDACTED) years pursued the gentle art of poetry until he was heartily encouraged to go away. Described by some as "poetry", Tobias valiantly labors under the continued harassment of at least 3 of the 5 Muses of Poetry... well, it's easier to let him explain it thus: A spirit of inspiration is called a "Muse" If your spirit of inspiration confounds you, that would be a Bemusing Muse And if you felt hard done by because of it. That would be Bemusing Muse Abuse. Listening to someone laboring under such a spirit might be Bemusing Muse Abuse Confusion... And we're hoping that all this stuff he's writing will bring Bemusing Muse Abuse Confusion Amusement. In short, Man vs Poetry in one 20-minute round. Poetry is currently ahead on points, but Prof. Tobias is almost certain he take 'em.